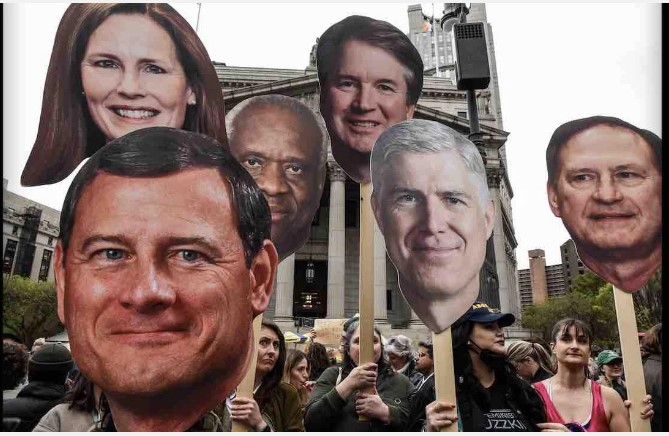 What took so long, Jack? Oh, wait he was already booted from the board.

A pro-abortion rights group that encouraged far-left activists to protest outside the homes of several U.S. Supreme Court justices has finally been suspended by Twitter.

The group, Ruth Sent Us, published the home addresses of the six Republican-appointed Supreme court justices in May after a leaked draft majority opinion indicated the court would soon overturn its landmark Roe v. Wade abortion decision.

“Our 6-3 extremist Supreme Court routinely issues rulings that hurt women, racial minorities, LGBTQ+ and immigrant rights,” the group’s website declared at the time. “We must rise up to force accountability using a diversity of tactics.”

Ruth Sent Us has organized and encouraged the protests, posting the daily schedules of justices and even the addresses of schools attended by Barrett’s and Kavanaugh’s children.

“If you’re in the DC metro area, join us. Our protests at Barrett’s home moved the needle to this coverage,” Ruth Sent Us said in a June tweet that has since been deleted.

The group’s activities appeared to clearly violate Twitter rules against posting “private information” on its platform.

“You may not publish or post other people’s private information (such as home phone number and address) without their express authorization and permission. We also prohibit threatening to expose private information or incentivizing others to do so,” the rules state.

On Thursday, the account owned by Ruth Sent Us was finally suspended.